Top 10 Places to Visit in Italy This Summer

In addition to being one of the easiest countries to find on a map, Italy is rich in history and culture. The land was first inhabited by Etruscans before others like Celts, Phoenicians, and Greeks. One of the more notable ancient times was that of the Roman Empire which was founded in 753BC. It lasted hundreds of years until its fall in the Middle Ages. This Roman Empire has had a lasting effect on the country of Italy including religion, art, culture, language, philosophy and government.

So, how do you decide where to spend your time in Italy if there is so much rich culture and so many wonderful cities? Consider this brief overview as a quick introduction to the more notable places and their features that are popular for first-time visitors. 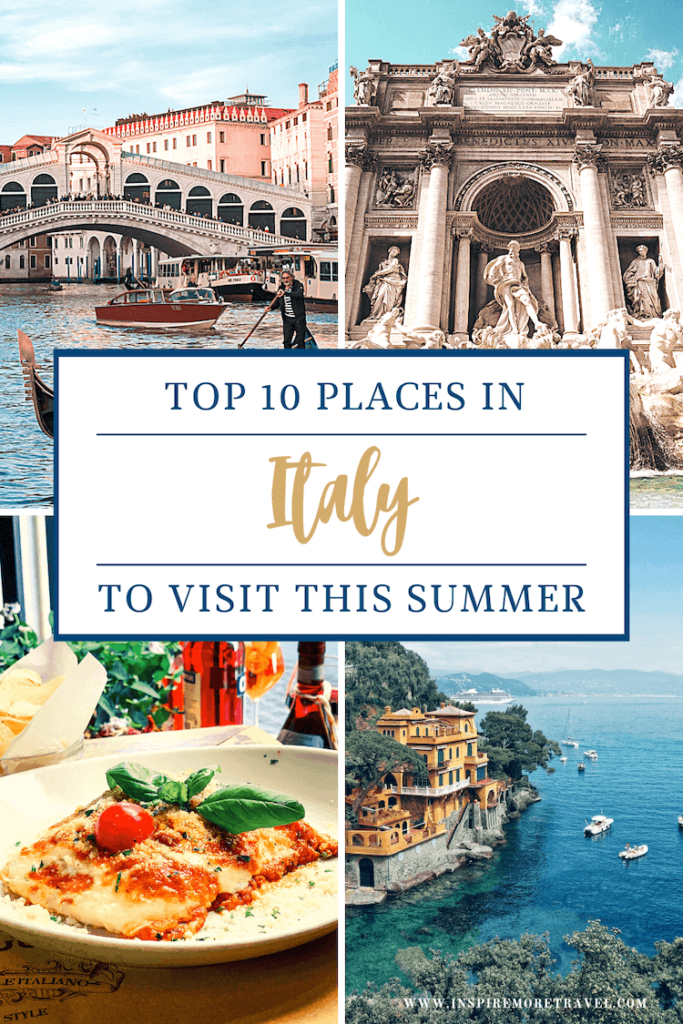 This capital of Italy is one of the oldest cities in the world and a favorite among Italy lovers. It is known as the “City of Seven Hills” because of its geography. It’s also known as the “Eternal City” with its connection to the Catholic Church. In addition to standing in the Roman Colosseum, be sure to include a visit to Vatican City. Here you can see St. Peter’s Basilica and the Sistine Chapel. Take a stroll through the different piazzas (town squares) and see its famous statues and fountains. Trevi Fountain is a must-see! It’s one of the most famous fountains in the world and one of the largest Baroque fountains in Rome.

Most people think of Venice when they think about the romance of Italy. This city is built around a series of canals that connects 118 islands and more than 400 bridges. The Grand Canal is the most famous with its S-shape that splits the city into two parts. Take a gondola ride through the canal and under the famous Ponte di Rialto bridge. Enjoy the ringing of the St. Mark’s Campanile from St. Mark’s Basilica and visit the beautifully ornate Doges Palace.

This capital city of the Tuscany region is often considered the birthplace of the Renaissance. The skyline’s most notable features of this city are the Duomo, the domed cathedral of Santa Maria del Flore, and the Palazzo Vecchio, the town hall. The town hall overlooks Piazza della Signoria which houses a replica of Michelangelo’s David statue. The original David statue can be viewed in the Galleria dell’Accademia di Firenze. Art lovers should be sure to also visit the Uffizi Gallery.

This city is known mostly for its influence on the world’s art and fashion. It plays host to the famed Milan Fashion Week yearly. While in town for fashion, be sure to see some of Leonardo da Vinci’s best works like The Last Supper. You will certainly want to take in an opera at La Scala Opera House.

Don’t limit your experience in the Tuscany region to only Florence. First-time visitors will want to see the Tower of Pisa that is in this region as well as enjoy all that the countryside has to offer. This region is also known for the classic Italian wine Chianti. You can take in the medieval architecture of San Gimignano while enjoying a glass. You’ll also find the oldest bank in the world in Siena and the great Spa Towns of Europe. 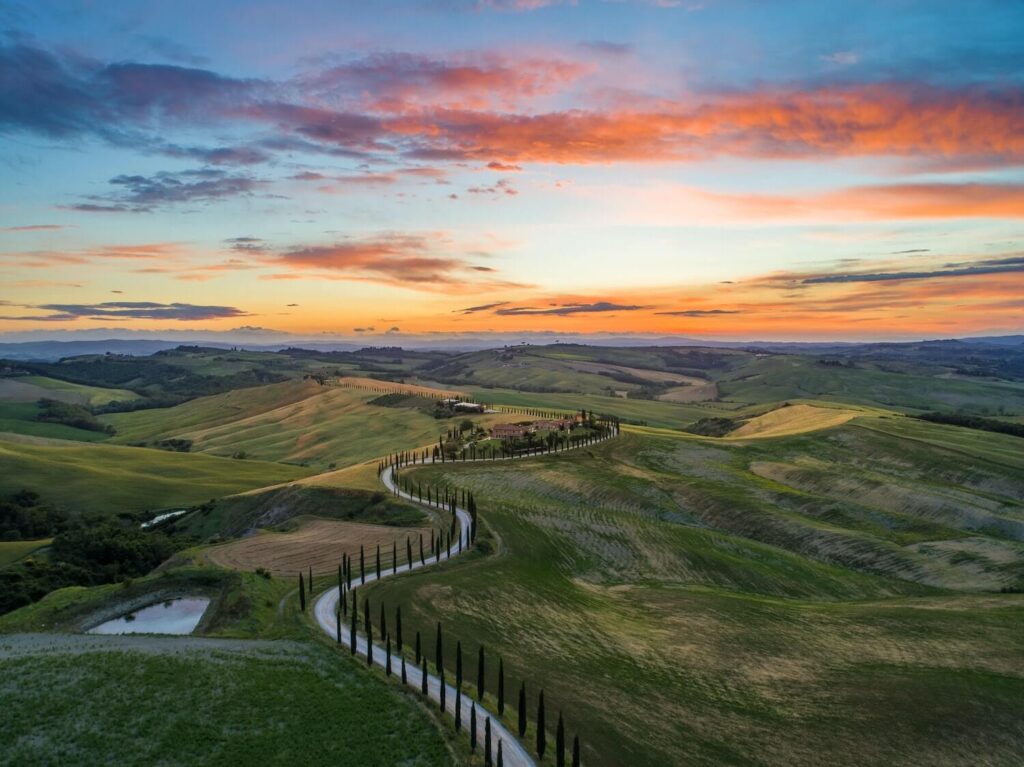 This city’s historic center is the largest of its kind in Europe and has been designated as a UNESCO World Heritage Site. It has much to offer from natural beauty to unbelievable ruins. You’ll enjoy a city full of historic castles like Castel dell’Ovo, the Egg Castle, and Castle Nuovo. Be sure to make time to visit the Royal Palace of Caserta during the spring to see its gardens and parks in full bloom. Not far away is the ancient cities of Pompei and Herculaneum. These ruins were preserved in volcanic ash from the Mount Vesuvius eruptions of 79AD until excavation.

This luxurious area is made up of 13 coastal towns that are picturesque and are what people imagine when thinking of the Italian Coast. The coastal area is known best for the towns of Positano and Amalfi. Positano is a town made up of pastel buildings, resorts and restaurants built into the cliffside. Amalfi is a historic maritime republic. You’ll enjoy hiking along the Path of the Gods and can treat yourself to limoncello which is produced in this region.

The Isle of Capri, in the Bay of Naples, is one of the more famous Italian islands. It’s known for its laid-back but luxurious charm that draws royalty and celebrities alike. You can stay on the island for a few nights or take a ferry for a day trip. A visit to the Blue Grotto natural sea cave is a must as it is the most notable site on the island. In the cities of Capri or Anacapri, you will enjoy the many shopping and dining options.

This triangle-shaped island is Italy’s largest island and one of its 20 Italian regions. A visit to Sicily gives you a tropical island feel mixed with sandy beaches, green hills, and ancient ruins all in one. This are has some of the best seafood and pastries in the world.

Though it has long been a favorite spot to vacation for locals, the lesser-known region of Puglia is beginning to grow in popularity for tourists. Some are evening calling it “Little Florence.” This area, located in the heel of the boot, is a more slow-paced and quiet retreat. Many of the small towns are peppered with boutique hotels, allowing visitors to wander the streets easily and engage with locals alike. There are some great architectural things to see like the trulli houses that have cone roofs in Itria and the white city of Ostuni. And Lecce is where you can see the Basilica di Santa Croce and the Sant’Oronzo column. 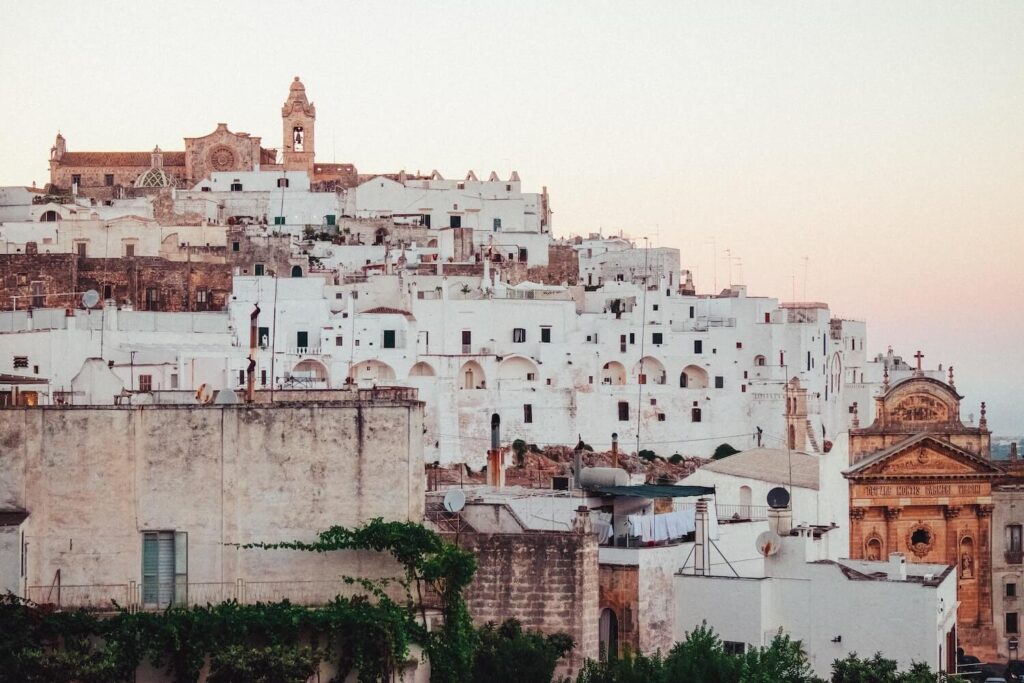 Each place mentioned is somewhere that can fill your vacation, short or long. As a first-time visitor, you may want to focus only on one or two popular places like Rome or Venice. There are also some great guided tours that are the “best of” in each major area. Tours like these give you a nice taste to learn what you like best for your next visit. No matter where you choose as your first stop in Italy, you won’t be disappointed! You’ll love the sights, the culture, the food or the memories.

Ready to talk Italy? Fill out an intake form and one of our Travel Advisors will build your dream vacation.